Dr. Whelan is a registered Psychologist and Director of Assessment-Treatment Services for Whelan Psychological Services. He is a clinician, researcher, and program administrator.

He joined the Canadian Forces in 1977 and left in 1985 to pursue academic training. Dr. Whelan served as Executive Director of a long-term facility for addiction treatment from 1986 to 1991. He completed a Master’s Degree in Clinical/Community Psychology in 1994, conducting research and publishing academic articles on the effectiveness of workplace employee assistance programs. In the mid-1990s he was an Employee Assistance Program Specialist providing clinical services (i.e., assessment, therapy, CISD, and case management), program management and consultation to hospitals, public companies, and federal government agencies.

Dr. Whelan completed a PhD in Clinical Psychology focusing on the effectiveness of addiction treatment programs. He served as Director of Addiction Services for the Canadian Forces Atlantic (1997-2004) and entered full-time private practice in 2004 providing assessment, therapy, and consultation to civilian and federal organizations. 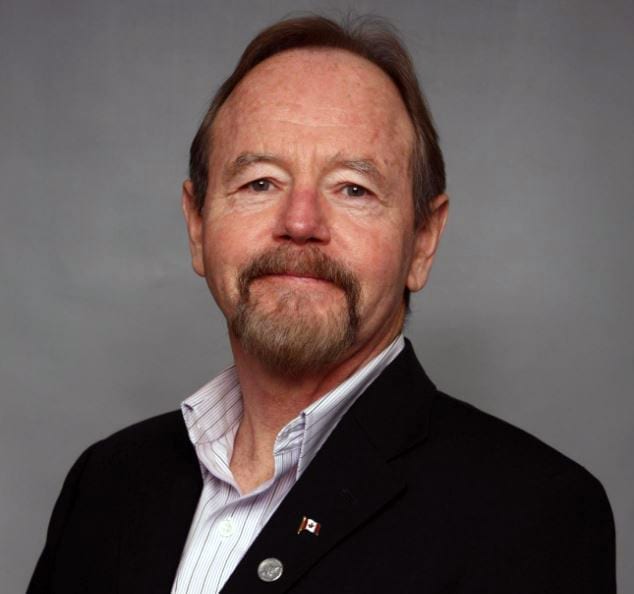 Dr. Shue does brains. She started her love affair with brains as an undergraduate, doing brain surgery in a lab at the U.S. NIMH. It grew as she completed her Ph.D. in Clinical Psychology at McGill University and became registered as a psychologist with the College of Psychologists of Ontario as well as being listed with the Canadian Register of Health Service Providers in Psychology, with areas of practice in clinical psychology, clinical neuropsychology, and rehabilitation. Since 1988, she has provided a range of clinical and program direction services in diverse hospital, office, and community settings in the areas of neuropsychological assessment, neurorehabilitation, rehabilitation staff training, professional consultation, and organizational/program development. She published academic articles in the area of brain injury and consulted with the Ontario Ministry of Health as a brain injury expert. In 1996, she was awarded provincial funding (~1.5 million) to develop ABI Possibilities as a community-based support agency to individuals living with brain injury. 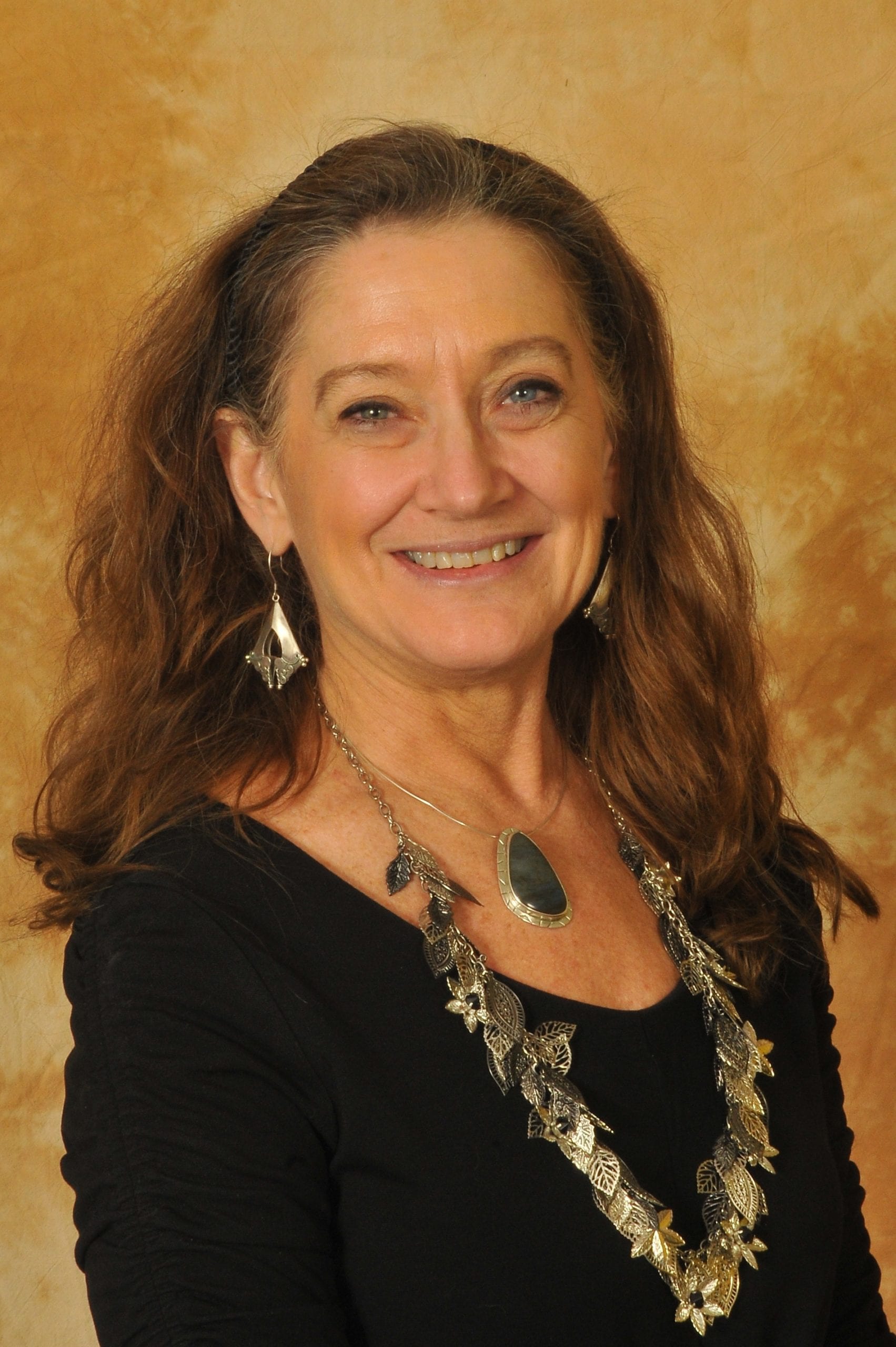 Lise is a social worker who manages her own private practice in Aurora, Ontario. A graduate from York University with both a Bachelors and Masters Degree in Social Work, Lise’s initial interest in psychotherapy revolved around supporting individuals, and their families, when a member was experiencing a life-limiting illness. Support for the individual was offered; as well as, more specifically, individual and group support for children for not only during the palliative time frame but afterward with the grief responses. Initially working in a hospital setting, then through community hospice services, Lise opened a private practice in 2005. Building from the trauma workaround dying and death, Lise continued her education in trauma-related issues. Last year, Lise updated her trauma credentials by completing the 92-hour requirement for a Trauma Certificate through the School of Social Work at Wilfred Laurier University. At present, Lise’s clientele includes first responders (many with mood disorders – including PTSD), individuals who have experienced domestic violence and/or those who have (or have a history of) childhood trauma, including sexual assault. Volunteerism has included work as a mental health professional for Crisis Management Intervention; as well as, providing social work support through a previous support program for military veterans who were coping with symptoms of PTSD. Lise uses a Narrative Therapy approach to her work; augmented with EMDR Therapy – having certification in both modalities. 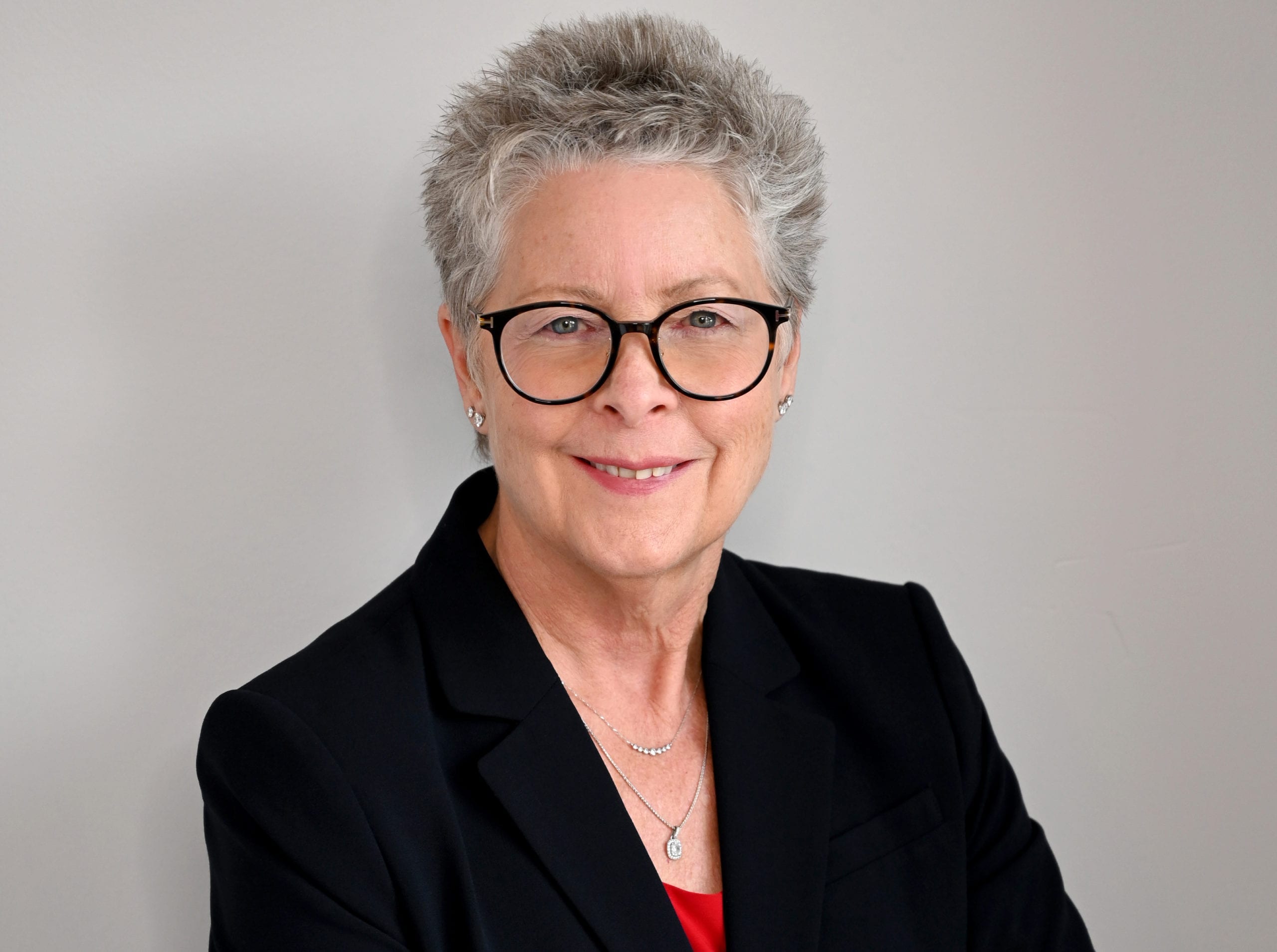 Brent MacIntyre began his career of service in 1992 with the Department of National Defence. As a reservist with the 30th Field Regiment in Ottawa, Ontario, Brent was operationally deployed during the 1998 Eastern Ontario ice storm.

In 1998, Brent became a police officer with the Niagara Regional Police Service (NRPS). During his policing career with NRPS, he served as a Police Diver, School Resource Officer, a patrol officer in St. Catharines, Ontario, and as a Scenes of Crime Officer (SOCO), where he worked with the Identification section of NRPS.

Brent returned to his home town of Ottawa in December 2001 and joined the Ottawa Police Service (OPS). During his career with the OPS, Brent has worked at every station across the city as a patrol officer. Brent’s policing experience is extensive: he has been a police diver for over 15 years and was the Sergeant in charge of the team for a period of one year; he has worked in a semi-covert unit of Guns and Gangs; he served as a road supervisor in patrol services for four years; he worked within the temporary custody section of the cell block; served in the Strategic Operations Centre; and, most recently, he has served as a Sergeant within the Wellness Section of the OPS.

Currently, Brent is the coordinator for the OPS peer support program and assists with developing wellness strategies for the police service and its membership. Brent is a strong advocate for members’ personal mental health and believes that members are stronger when working in a team environment to overcome challenging circumstances. 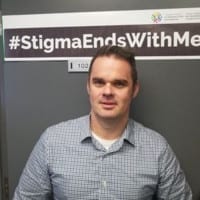 Dr. Taylor obtained a PhD in Clinical Psychology from the University of Windsor (2004) and
completed a 12-month rotating internship at the Ottawa Hospital-General Campus (2002-2003).

He has worked in full-time private practice since 2003 and set out his own independent shingle in 2006. He is a member in good standing with the College of Psychologists of Ontario, and is registered to work in the areas of Clinical, Rehabilitation, and Health Psychology. Much of his professional work has brought him into close clinical contact with Veterans and first-line responders. The appreciation and understanding of the culture, traditions, and collective identities associated with these groups of individuals has been its own education and essential for the process of treatment.

Dr. Taylor’s professional affiliations include membership with the Canadian Psychological
Association, Canadian Pain Society, Ontario Psychological Association, as well as the Ottawa Academy of Psychologists. He is a registered provider for Veterans Affairs Canada, the Royal Canadian Mounted Police, and the Workplace Safety and Insurance Board. He completes Independent Examinations for these organizations, as well as within the motor vehicle, disability insurance, and medical-legal communities. 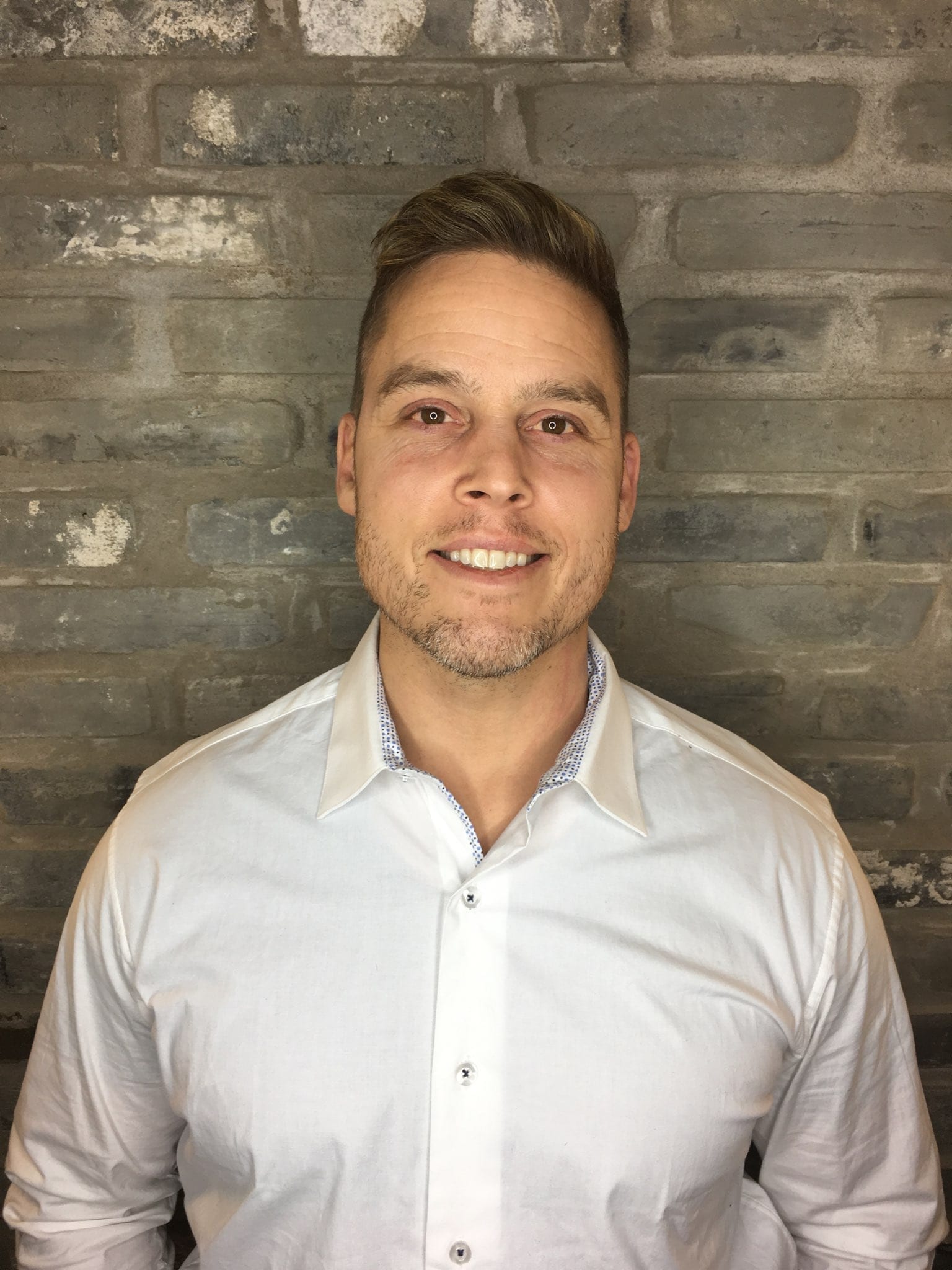 Over the last 10 years, Dr. Boudreault has worked in various private practices, hospitals and clinics including Montfort Hospital, Center of Psychological Services at the University of Québec in Hull, Eastern Ottawa Psychological Center, Medical Sainte-Anne Clinic, Y2 Consultants Psychologist and the 555 Multi Clinic in Hull. Dr. Boudreault currently serves as a psychologist at the Center for Interpersonal Relationships. In addition to her practice, she also teaches undergrad classes at the University of Québec in Hull and supervised Master’s degree students at the University of Ottawa. She is a provider for Blue Cross, Green Shield and CSIS. In CFIR, a certified to practice Reconsolidation Therapy and supervise a team of therapists that specialises in the treatment of trauma, a registered psychologist with the College of Psychologists of Ontario and a registered psychologist with the Order of Psychologists of Quebec, in addition to being a registered member of the Canadian Psychological Association. Gail Nystrom is the founder of the Costa Rican Humanitarian Foundation which was founded in 1997. This organization was designed to support at-risk populations so they could improve the quality of their lives while, at the same time, educating volunteers to become more compassionate in their use of resources and skills.

Gail has spent over 45 years doing charitable work in Costa Rica. She arrived in Costa Rica in 1978 following a long-held dream of helping people less fortunate than herself. She was posted in the country with the Peace Corps and after her assignments were over, she returned to the US for one year but realized she missed the kindness of the people of Costa Rica and quickly returned to the country where she led various programs and initiatives, helping refugees and homeless families and children (some suffering from addiction issues). 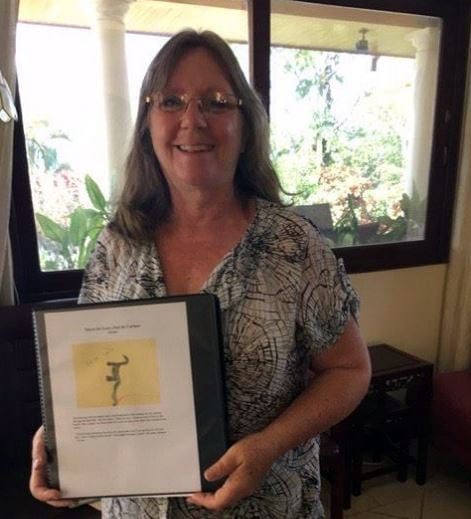 Keep up-to-date on what we’re up to and how your financial contributions are making a difference by subscribing to our monthly newsletter!