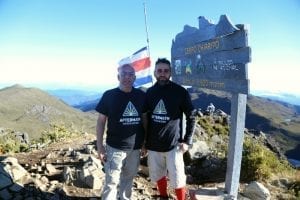 For me, perhaps in a weird way, Social Justice Day, observed by the UN every year on the 20th of February, evokes different emotions. I have fought for social justice most of my adult life, and have suffered for it.

I remember, as I was squirming on the floor, trying to shield my head from the relentless kicks and blows being rained down on me from all sides by four burly KHAD (Afghan-offspring of the KGB) interrogators. They screamed: “What do you want? You want to become president, prime minister?” (Perhaps, in the eyes of the KGB lackeys that was a crime!) I could only answer, as best as I could “I want freedom for my country, democracy and social justice for the Afghan people – and I want the Russians out!”

That was nearly four decades ago.

Today, I am a proud Canadian, and although I am still anguished by my unfulfilled dream of freedom, democracy and social justice for my land of birth, and continue to contribute to the ongoing struggle in any small way I can, I fight for it in another form here in Canada. I am proud to claim that I am fighting for social justice for the once-proud veterans and first responders who selflessly put their lives on the line and gave up their health for the rest of us.

Canada is such a peaceful country that the use of the word “fight” in whatever context might alarm people. My method and approach here is totally different from the time I was fighting the Soviet occupation of Afghanistan (even then, I was fighting with a pen, not with a rifle).

My approach here is to work, as a founding member of Aftermath Association, on our Camp Aftermath project to re-enable veterans and first responders who are now socially handicapped because they developed PTSD for carrying-out their duties.

There are many services being provided to such veterans, but until and unless they are completely reintegrated into Canadian society as fully capable men and women who can proudly help others and are looked up to (as they used to be), social justice has not been served.

It is in pursuit of this goal that Camp Aftermath in Costa Rica has been devised, to give PTSD sufferers, through engagement in philanthropic activities, the sense of being their own former, capable selves. Through such activities, they are envisaged to regain their self-confidence and sense of empowerment.

Being equal to others in society, enjoying all social rights and privileges as much as others, and being able to shoulder social responsibilities as well as everyone else – that, to me, is the definition of social justice. And to help those disempowered and disenfranchised through PTSD, is not only my way, but our way, the way of Aftermath Association members, in working for social justice.

Want to join us?